Please contact us now. We will be happy to advise you without obligation!

In both women and men, the calf represents the area on the lower extremities which, due to genetic conditions, is very difficult to influence or change without surgical measures (diet, exercise, etc.). Both men and women can therefore suffer from the external appearance due to their ‘inherited’ calf shape. The shaping, alteration and construction of the calf can then be carried out using various techniques of aesthetic surgery in order to positively influence the overall appearance of the legs. Both liposuction and augmentation with the patient’s own fat and the use of various silicone implants can be useful and helpful here.

In addition, calf reductions can also be made by changing the volume of the muscle tissue if necessary. The repertoire of the plastic and aesthetic surgeon is rich and varied here, as well as in the modelling, shaping and improvement of other body regions, so that the most diverse requirements and questions can be met. 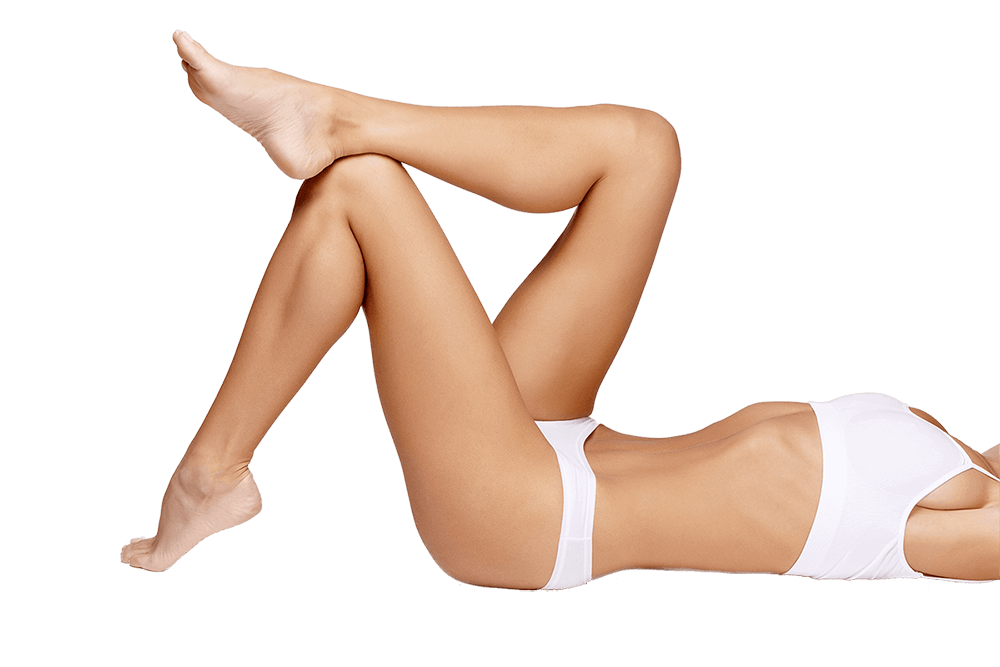 The enlargement of the calf is an attractive procedure not only for men to change the shape of the calf and thus the entire leg. Increasing volume through silicone implants can be a sensible measure in women with underdeveloped and very thin calf musculature too. Calf enlargement can also reliably correct shape defects and changes in shape in the sense of bow legs or knock-knees.

How are the silicone implants inserted during calf augmentation?

Depending on the target or lack of volume, silicone implants can be placed either inside or outside the calf. Usually a small incision of about 3 cm is sufficient for calf augmentation, in to prepare the pocket under the skin and the so-called lower leg fascia. The cut is made in the hollow of the knee. The size of the implants is discussed and planned beforehand with the patients by simulation in the mirror. The preparation of the pocket in which the calf implants are placed is made blunt with a specially designed instrument (calf dissector). At the end of the operation a tube (Redon-Drainage) is inserted to drain off the wound secretion, which is removed in the following days.

Can I walk with the calf implants straight after the calf augmentation?

After calf augmentation, patients are required to lie down for the first three days. Going to the toilet and other short distances are allowed and also desired in order to avoid thrombosis (blood clot) in the legs. From the 4th day onwards, patients are allowed to put full weight on the body again and should be cautious about very long distances, sports or overexertion, at least for the first 6 weeks. In principle, calf augmentation is not an intervention that severely restricts movement. Short-term immobilization is a purely precautionary measure to accelerate wound healing and make the scar inconspicuous. The process of adapting to the calf implants takes place very quickly in the first three months, so the resulting tension and foreign body sensation after calf augmentation isn’t a permanent condition. Altogether, different volumes in the form of calf implants can be used for calf augmentation to build up small contour defects up to large masses for strength athletes and body builders.

What are the long-term risks associated with calf implants?

The calf implants consist of a silicone shell and are filled with highly polymerized silicone gels. A typical and long-term consequence of silicone implants is capsular fibrosis. This causes a foreign body reaction around the silicone implant, which results in the formation of a capsule. In contrast to silicone implants on the breast, such a development rarely represents a necessity for changing the implant. This is because the calf has a much harder consistency than the soft breast gland. On the other hand, the implants are often smaller and therefore lead to less contact and reaction with the surrounding tissue. If, however, long-term problems should arise with a silicone implant for calf augmentation, the implant can be replaced at any time in a short procedure.
Consultation Appointment

Do you have any questions or would you like to make an appointment? Give us a call!

Using the ‘Hello Professor!’ function, you can directly forward your questions or images to Professor Sinis via WhatsApp.

Other Types of Calf Correction

Can a calf augmentation also be performed with my own fat?

Liposuction is a classic instrument for shaping and reducing tissue on the calf. In this case, a reduction of the calf circumference but also the fine shaping of the calves can be carried out. Liposuction as such is a safe and reliable procedure. After liposuction on the calf, patients receive a compression sock which has to be worn for 6 weeks.

In particularly severe cases, where the calf muscles have led to a large total circumference of the lower leg, it may be useful to remove one or two of the three muscle bellies (so-called musculus triceps surae) on the lower leg to reduce the calf’s size. In these cases, calf reduction can be carried out radically in a single operation, with a scar in the hollow of the knee, and can lead to a significant reduction in the overall volume of the calf. The calf reduction by removing a part of the calf muscles has been largely replaced by denervation (cutting through the nervous supply). However, there is still a useful application for this procedure in selected cases.

Do you have any questions or would you like to make an appointment? Give us a call!

Cost of the Initial Consultation

The costs of the initial consultation always depend on the type and extent of the treatment. In principle, the scale of fees for doctors applies to the consultation hours. Thereafter, patients pay 90 € for the initial consultation with anamnesis, collection of previous findings, physical examination and preparation of a therapy and cost plan. This fee is payable once and will not be credited towards further treatment. Additional appointments and post-operative care are included in the total price of the operation and do not have to be paid separately. This is the only way to ensure a high-quality treatment with sufficient treatment time, during which we can respond to you and your specific needs. In order to ensure the success of the treatment, we have to carry out the consultation with sufficient time and care.
Online Consultation Hours

Using the ‘Hello Professor!’ function, you can directly forward your questions or images to Professor Sinis via WhatsApp.